Another successful lower back rehab! 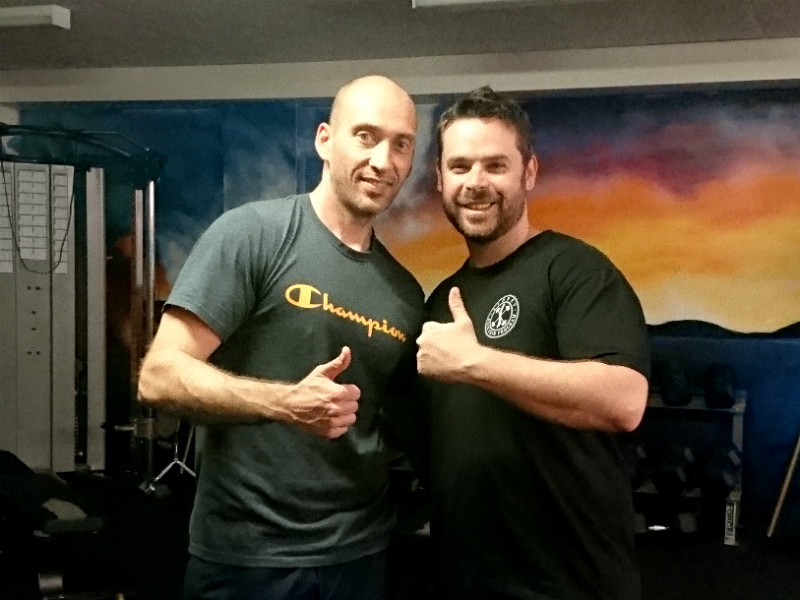 “After visiting a chiropractor to “fix” my posture I ended up with a herniated disc which was causing sciatica down one leg and resulted in pain and numbness. I was almost cripple for some time.

Here I was, a 40 year old who used to be a competitive athlete suddenly could not sit, stand, walk or do the normal things people do on a daily basis. It was the first time in my life where I felt hopeless and the thought of not being able to do any form or exercise for the rest of my life was very depressing.

At the same time I had lost 10kgs of muscle within a space of 6 weeks from not being able to train while gluteal muscle atrophy started developing.

Visits to the physio became more and more frustrating as it seemed like nothing besides a surgery could cure me.

The specialist gave me 3 months to let my back heal on its own before surgery could be considered, but even 5 months later there was hardly any improvement.

After researching on the different surgery methods and their success rate I was more and more convinced that I didn’t want anyone touching my back. I knew that I would never be the same after having surgery.

So I started looking at alternative treatments and came across Brian Ellicott.

Just when I thought it was all over Brian showed me that it was not the case. His knowledge and approach helped me turn everything around and made me feel hopeful again.

He was very careful and methodical on how he approached my issue specifically which made me feel confident and safe at all times. He was with me in every step of the process, making sure that I was making progress and that his instructions were followed accurately.

Brian’s tailored program is carefully designed with a range of exercises which assist in taking the pressure of the spine while strengthening the muscles around it in order to protect it.

Within 2 months from when I started seeing Brian the pain was significantly reduced and mobility was increased. Just over 3 months later I was able to get back to the gym and getting my fitness back to where it was.

I highly recommend Brian to anyone who wants to see real results and is not looking for “band aid solutions”.”