Champions of the week

Quote of the Week:

“You will experience tremendous resistance when trying to develop a new habit. (This is not easy.)

Remember that successful people do things that unsuccessful people aren’t willing to do. It will take you around 28 days to form a new habit, but once it’s “ingrained” it feels more uncomfortable not doing the activity than doing it.” – John Carter Fitness

As much as I love the world of health and fitness, I also like to take an interest in other areas of human achievement and remarkable stories.

Purely by chance during the week, I learnt about Sir Nicholas Winton.

Winton, born in England in 1909, has achieved some remarkable things.

During World War 2, he began service in the RAF – making his way from Airman to Flight Lieutenant in a 19 year career. 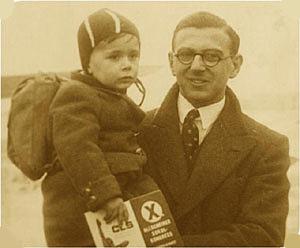 However, before his service in the war, he was able to organise the evacuation of 669 mostly Jewish children from Czechoslovakia during the initial stages of the Nazi occupation.

The details of his exploits remained secret, until 1988, when his wife found a scrapbook of the children’s details in their attic.

His work became the focus of a story presented on an English TV show called “That’s Life!” in the same year. Nicholas was invited to be an audience member during the show and this happened…

A remarkable an inspirational story of humanity.

As ever, I look forward to seeing you all working hard and making the most of life over the next week.